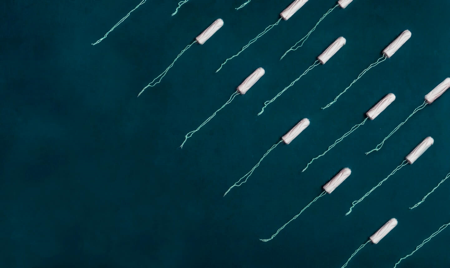 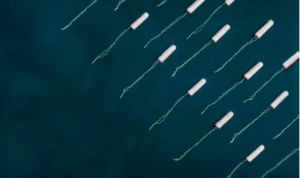 So you think you know everything there is to know about periods? Think again. No matter how clued up you are, there’s always something that slips through your radar, especially some of the more unusual facts and stats of menstruation.

Below, we’ve gathered some of our favorite — and unexpected — period facts that we think everyone needs to know.

This is definitely an amazing period fact: cold weather can impact your period, making it heavier and longer than normal.

During the winter months, a woman’s flow, period duration, and even pain level are longer than the summer. This pattern also extends to women who live in colder climates rather than warmer temperature.

The seasons can also affect your PMT too — the darker, shorter days can adversely impact your mood when combined with female productive hormones. This is thought to be because of a lack of sunshine, which helps our bodies to produce vitamin D and dopamine — which both boost our moods, happiness, concentration and all-round health levels.

2.     You can still get pregnant if you’re on your period

Less of an amazing fact, but one you should probably know about.

Many people assume that you cannot get pregnant if you have sex while on your period. However, this is not true.

Although it’s more unlikely that you will become pregnant while you are menstruating, it is not impossible at all. This is because sperm can survive in the body for up to five or six days — so if you have a relatively short cycle, have sex towards the end of your period, and ovulate just after your period finishes, you could potentially fall pregnant.

Another fun related fact: back in the middle ages, people used to think that redheads were babies who were conceived while their mother was on her period.

3.     The average starting age for periods has changed over the years

Did you know that over the last few centuries, the average age that a girl begins getting periods has changed?

Back in the 1800s, girls wouldn’t get their periods until they were well into their teens — the average age was around 17. Nowadays, the average age to start menstruating is 12 — a whole five years younger.

Scientists think there are a few key reasons for this: namely, improved nutrition. We’re eating better — and more — than our ancestors did a few hundred years ago, and fat cells make estrogen. The more fat cells you have, the more estrogen you have in your body, which can trigger the start of your menstrual cycle as a girl.

Increased stress levels are also a factor. That’s right — high-stress levels can actually trigger the beginning of your period.

From the time of her first cycle to menopause, the average American woman will have around 450 periods in her lifetime. That’s a lot of periods.

Added up, this equates to around 10 years — or about 3,500 days — of the average woman’s life that will be spent menstruating. Translated into period products, this works out at around 11,000 tampons that the average woman uses in a lifetime.

Of course, everyone is different, and anything from cycle length to child-bearing, breastfeeding and culture can influence the number of periods a woman gets over her lifetime. However, one thing is certain — periods impact us all.

That’s why it is so important that we have nonprofit organizations like Helping Women Periodthat are committed to supplying menstrual health products to people who are either homeless or low-income.

5.     It’s easier than you think to have eco-friendly periods with period panties

If the fact above scares you into thinking about the environmental impact that you’re having just by menstruating, then don’t worry! There are actually many different ways you can reduce your waste and have a guilt-free, eco-friendly period.

Disposable tampons and sanitary pads (which are mostly made from plastic) are no longer the only options out there. These days, there are all sorts of sustainable period products to choose from that you can keep and reuse for years — such as menstrual cups and period panties.

Period underwear brands like Knix have created a collection of washable, reusable, leakproof underwear which absorbs your period as a pad would (they can even handle heavy flow days). A few pairs of period panties save you from having to fork out for tampons and pads all the time and help you to have an environmentally-friendly period too.

6.     You lose a lot less blood than you think during your period

Sometimes, when you’re having a particularly heavy flow day, it can feel as if something is wrong. Surely it’s not normal to produce this much blood?!

If it seems like you’re losing more than this during your period, you should seek advice from a medical professional. Losing too much blood can increase your risk of anemia — which can cause dizziness, tired and poor circulation.

7.     Your period can affect how you sound and smell

According to vocalization researchers, women’s voices can change slightly during their menstrual cycle due to our reproductive hormones affecting the vocal cords. This means women can sound different while on their period, and even “less attractive” according to the participants in their testing. Ouch.

The same female reproductive hormones also affect your natural scent, meaning you smell different when you’re on your period. This is very subtle and actually consciously detectable. It’s more of an animalistic thing, harking back to our caveman days when men would be more attracted to women who were ovulating rather than menstruating (meaning they could procreate).

These are just seven amazing facts about periods that you need to know. The human body is a

By partnering with Michco Industrial Supply, we can purchase cases of 500 pads or 500 tampons for approximately $50.00.